Photographs cover the building, its features and its contents in the smallest detail, from the Honor Courtyard through the Mosaic Hall, and the Marble Gallery to Adolf Hitler’s Office.

The huge over 3 feet long! The imagery barely disguised in the threatening inlays on Hitler’s desk is shown and explained in detail. 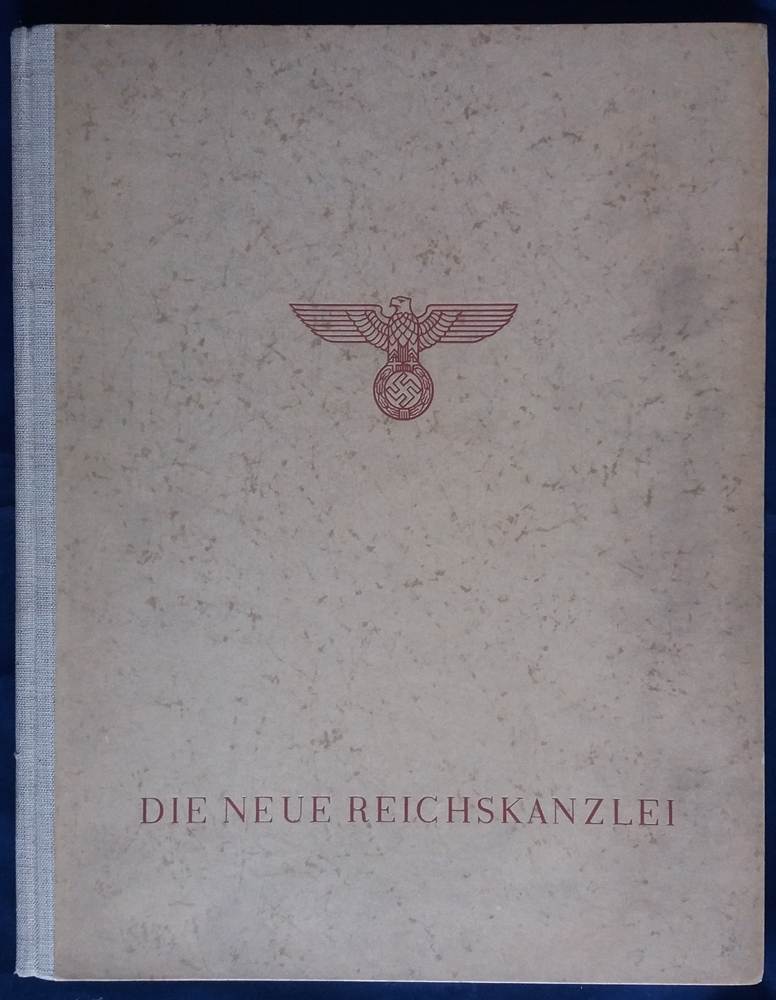 There are full-color pages showing all the important rooms as well as the exterior. This is the best overview of any ever made of the New Reichschancellery that architect Albert Speer designed and built in Berlin, Germany in Hitler’s New German State Chancellery in Berlin was huge in scale and reihskanzlei in concept and excecution. 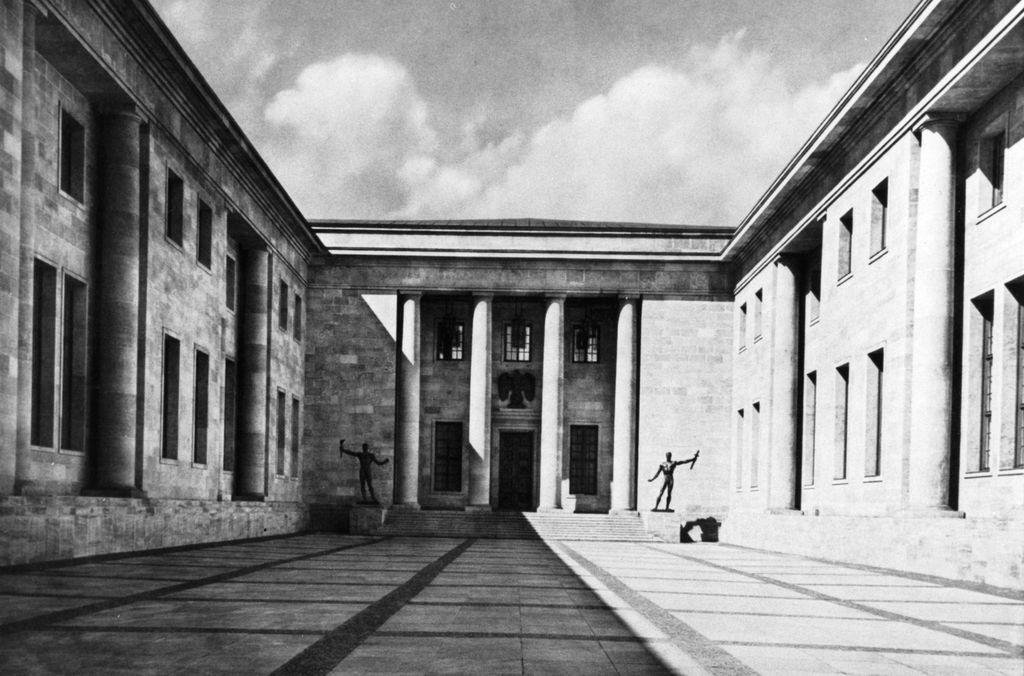 It was a full city block long with three floors above ground in some places and it had many bunkers beneath it. It carries on through the design and construction that provided for the offices, the housing for administrators, office staff, and the SS staff required on-site. This Third Edition example reichksanzlei Die Neue Reichskanzlei is complete and in excellent little-used condition.

The interior pages are in excellent little-used condition. This is a fine original example of the magnificent oversized hard cover book on the New Reichschancellery Professor Albert Speer built for Germany’s 23rd Chancellor, Adolf Hitler, in Berlin in This example is from the Third Edition of 10, copies with the Reichschancellery eagle on the front cover, printed on excellent quality paper.

In text and photographs this book begins with the political concept and need for a new German Reichschancellery, as well as the long term reicshkanzlei for Hitler’s Berlin. The only principal tenant the building ever had during its short 75 month life was Germany’s 23rd Chancellor, Adolf Hitler.

It was intended to be the enduring testament to the building itself and to the genius of the architect, Sppeer Speer. Die Neue Reichskanzlei was reprinted several times in different editions during the Third Reich, but the color printing and the war-time paper in later printings were inferior to the materials used in the first, second and third edition.